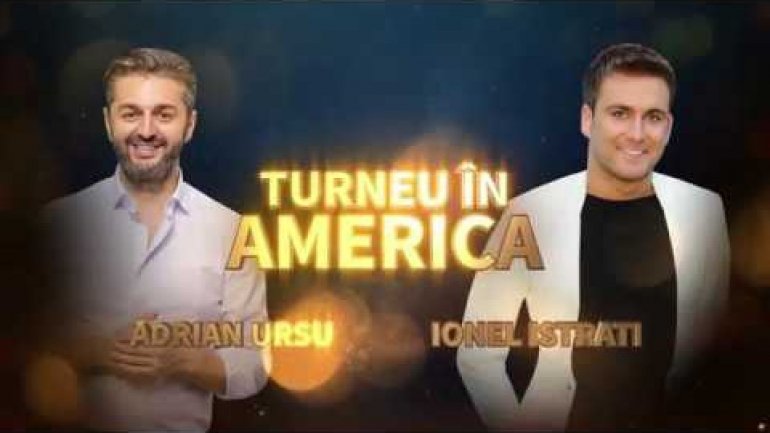 The Moldovan singers will hold a 2-week tour in six major American cities.

"Our brothers from America have invited us to visit them. We will sing together with Ionel Istrati our most famous songs as well as popular music. We invite people at Hora (Romanian round dance), we invite people to sing together the new melody", said Adrian Ursu, singer.

A convert will be organized in Chicago at the New Year's Eve. Then the tour will be in Sacramento on January 5th and next day - Seattle.

On January 12, the two will arrive in New York and on January 13 and 14 they will invite the Moldovans from Baltimore and Orlando to the Hora.

"Lots of Moldovans and Romanians live in the USA. We love to come and sing the most beautiful hits in Romanian, Russian and English. We will play modern music and popular songs. This concert will be big surprise for everyone", said Ionel Istrati, singer.

Adrian Ursu and Ionel Istrati will be double remunerated for the concert.