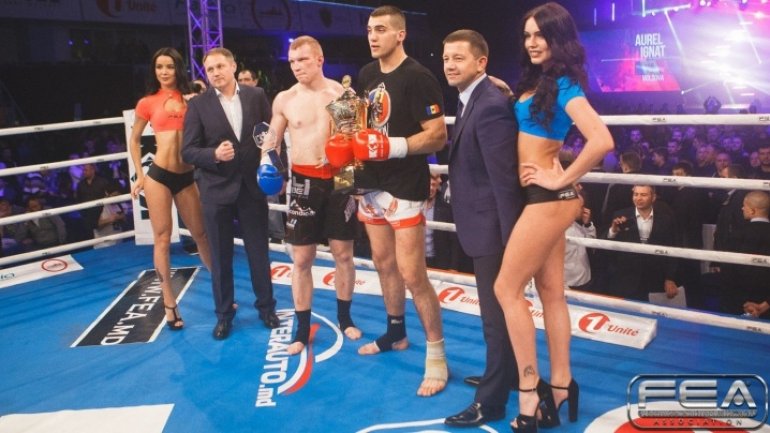 Aurel Ignat has won the pyramid in the 85-kg category at the KOK World Grand Prix Gala from Chişinău. The Moldovan fighter eliminated by knockout Stanislaw Zaniewski from Poland.

The victory in this tournament is the biggest achievement of the 21-year-old sportsman.

Now Ignat has won the right to fight Constantin Ţuţu, the holder of the champion belt in the 85-kg category, the KOK version.

"They used to be club fellows, were trained by the same coach. Odds are very high this fight will take place," said FEA president Dorin Damir.