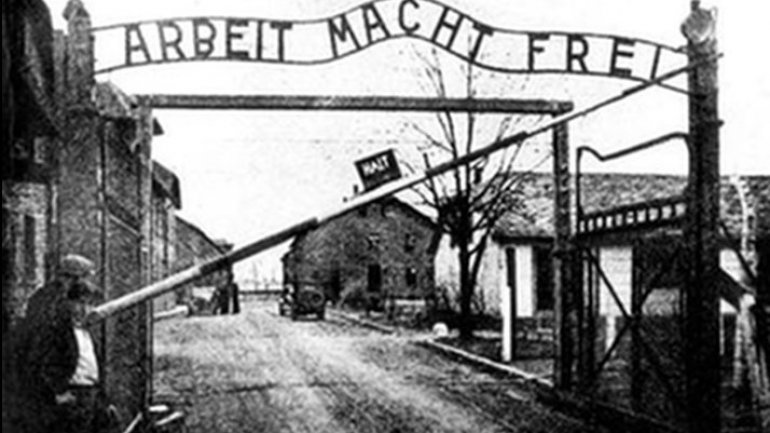 Today is the International Holocaust Remembrance Day. On this occasion, yesterday  26 January 2017, at Jewish Cultural Center an event took place, in which organizers recalled the tragedy that took the lives of millions of Hebrew of all ages.

Many officials expressed regret at the actions of the Second World War period.

Jews condemn anti-Semitic views and hope that such tragedies will not be repeated.

The event was attended by officials from several countries who have expressed regret over the tragedy.

"The Holocaust was a crime against humanity whose dimensions are incomprehensible to us even today," said German Ambassador to Moldova, Ulrike Knotz.

"I want to say that Jews have always contributed to the economy, culture, science in Poland. To such an extent that it is impossible to make a distinction between what is Polish and what is Hebrew," said Minister Counselor of Poland Embassy Jerzy Stankiewicz.

"It is the little we can do in the memory of about 220 thousand Jews that died in Moldova and six million across Europe," said director of Jewish community Marina Suster.

"I grew up with this and always knew that only together we can be stronger. Because if we will not do, we could repeat the exact same mistakes, might somehow miss the existing threats and we could fail to prevent them" said US Ambassador James Pettit.

"It is our duty to learn the lessons of the past and look to the future responsibly. To teach new generations that we must do everything possible to prevent repetition of past mistakes" said Romanian Ambassador to Moldova, Daniel Ionita.

Monica Babuc, who was present at the event, said that this year will be organized a series of actions so that this tragedy will not happen again.

"Throughout the year 2017, a series of actions on educational institutions, cultural institutions, research will work so that the experience of the Holocaust and of this tragic history, in fact, the most tragic in the contemporary history of mankind, will not happen again, and for this, efforts must be made" said Culture Minister Monica Babuc.

On this day in 1945, the Soviet army liberated the first and largest fascist concentration camp - Auschwitz.