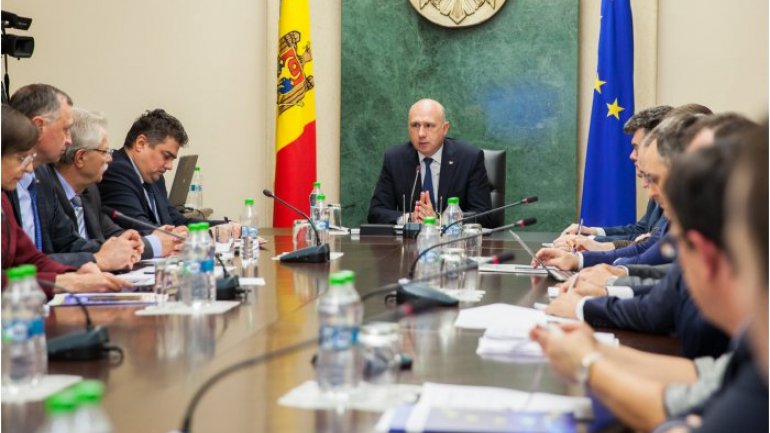 Prime Minister Pavel Filip chaired the first 2016 year meeting of the Inter-ministerial Committee on Strategic Planning (CIPS), held on 13 October. The CIPS members considered the stage of carrying out the programme on direct support of Moldova’s budget by the European Union, proposals of projects selected for the Annual Action Programme Moldova-EU for 2017, the multiannual strategic framework with EU for the period up to 2020, as well as priorities of the United Nations Development Assistance Framework in Moldova,Moldpres reports.

The participants in the meeting reviewed the progress and arrears in the implementation of budgetary support programmes.

PM Pavel Filip asked the competent institutions to prove maximal mobilization to achieve the goals set and win the allocation of the financial means meant for the programmes agreed upon with EU. At the same time, the prime minister emphasized the need to clearly establish the priorities for the next period, in order to ensure the efficiency and transparency of the process of assimilating the foreign assistance.

As for the strategic priorities for the next period, the participants in the meeting said that the annual scheduling of EU’s foreign assistance was part of a Single Support Framework for Moldova 2014-2017, which represents one of the EU’s instruments to back the implementation of the Association Agenda, with a budget of up to 410 million euros, of which about 60 per cent of the committed sum is budget support. Following discussions held at the meeting, as well as the consultations with European partners, the participants in the meeting established four strategic priorities for the next Single Support Framework for Moldova (2017-2020). These are: Public administration reform and supply of public services; Infrastructure and Interconnections; Commerce, Business, Employment and Education; Justice, Security and Border Management.

In the context, the prime minister noted that the European Union remained an absolute leader in terms of non-refundable financial assistance provided to Moldova. EU has offered more than 840 million euros in grants since the beginning of cooperation with Moldova and starting from 2007, the Union has provided financial support through European neighbourhood instruments worth 782 million euros.

At the same time, Pavel Filip demanded revision of the mechanisms of managing the process of turning to account the foreign assistance, and, implicitly, the CIPS’ work. The prime minister said that the activity of this structure, which has an essential role in planning and setting the strategic priorities, was to be optimized.

The Inter-ministerial Committee on Strategic Planning is a structure chaired by the prime minister and is made up of government members and representatives of the State Chancellery. The Committee has the task to ensure an integrated process of strategic planning. Within the process, the national priorities should be efficiently correlated with the policies worked out by the competent central bodies, international commitments taken and the framework of domestic and external resources.
AFLĂ imediat Știrile Publika.MD. Intră pe Telegram