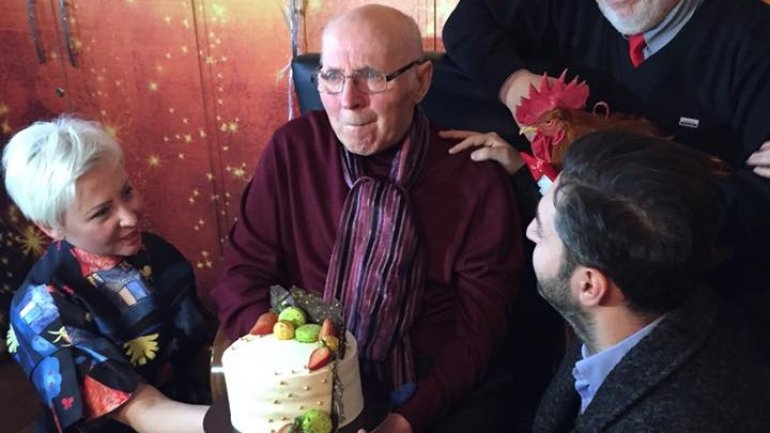 The humorist and producer Gheorghe Urschi is celebrating today his birthday. The maestro of jokes, as named by his colleagues, is celebrating 69 years. The artist, who six years ago suffered a stroke, was congratulated by relatives and friends. As each year, the guests brought an animal symbolizing the year which just started.

In the first hours of the day, the house of Gheorghe Urschi was full of joy.

The singer Adrian Ursu brought a cake prepared by his wife.

"I hope you will like it and I hope that you will taste at least one small piece. I know that you are not allowed to eat sweet things, but you can taste it" said the singer Adrian Ursu.

Among those who came to congratulate the maestro were Zinaida Julea, the brothers Vasile and Vitalie Advahov and Mariana Mihaila.

The artist's daughter says that Gheorghe Urschi awaited this day and had a  lot of emotions.

"His health is better than after 2011. He is better talking, perfectly thinking, is watching TV, discussing. I thank everyone who is beside him even now" said the daughter Liliana Urschi.

Gheorghe Urschi, named as the King of Humor, is actor, producer and writer. He left the stage in 2011, after suffering a stroke.