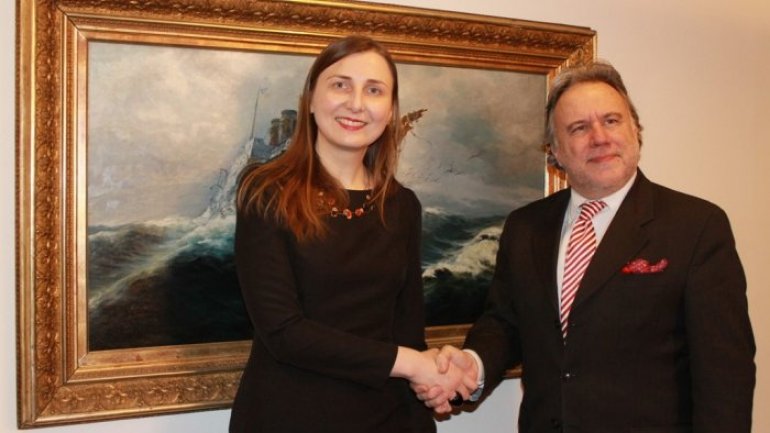 The Moldovan-Greek interministerial political consultations were held in Athens, Greece, on 7 December. The talks were focused on the European integration at level of deputy foreign ministers. The Moldovan delegation was headed by Deputy Foreign and European Integration Minister Daniela Morari, and the Greek one – by Alternate Minister of Foreign Affairs Georgios Katrougalos, according to Moldpres.

The officials broached the cooperation in European integration process of Moldova, seen in the memorandum of understanding between the Moldovan Foreign and European Integration Ministry and Greek Ministry of Foreign Affairs. The sides agreed on ensuring the exchange of experience in sectorial sectors, expertise in legislative adjustment and implementation of provisions set in the EU-Moldova Association Agreement.

Also, the officials reviewed the main priorities and goals for the next summit of the Eastern Partnership.

A special topic was related to the cooperation within the common security and defence policy, including in the context of the new global strategy on foreign and security policy of the EU. They agreed on organizing a meeting at level of experts in the first half of 2017.

Referring to the Moldovan-Greek political dialogue, the officials assessed the current stage of the bilateral relations, including the legal framework and collaboration in the international organizations.
AFLĂ imediat Știrile Publika.MD. Intră pe Telegram