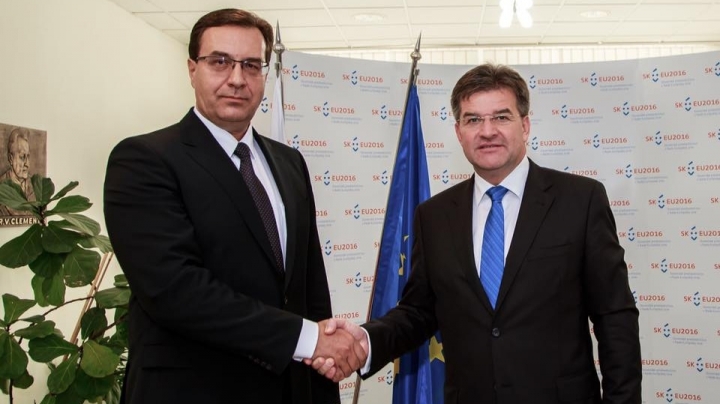 After a period of crisis, in 2016 the Moldovan governing won the faith of the external partners and brought again the stability to Moldova. The message was sent by the European officials who attended the Summit of leaders of European Union, which took place in Bratislava, Slovakia.

At the event was invited the president of Democratic Party, Marian Lupu. During the discussions were approached subjects on strengthening of commercial relations with the community block and the recommencing of the financing, so much-needed for Moldova.

The leader of the Democratic Party attended the meeting of European Socialists Party, where were present high officials from the EU, some of them being the president of the European Parliament, Martin Schulz, the prime minister of Italy, Matteo Renzi, the Swedish prime minister, Stefan Lovfen, and the European Commissioner for Regional Policies, Corina Cretu.

The foreign dignitaries appreciated the efforts of the present government to bring back the normalcy and the stability in Moldova, especially in the economic field.

Marian Lupu had a bilateral meeting with the Foreign Minister of Slovakia, Miroslav Lajcak.