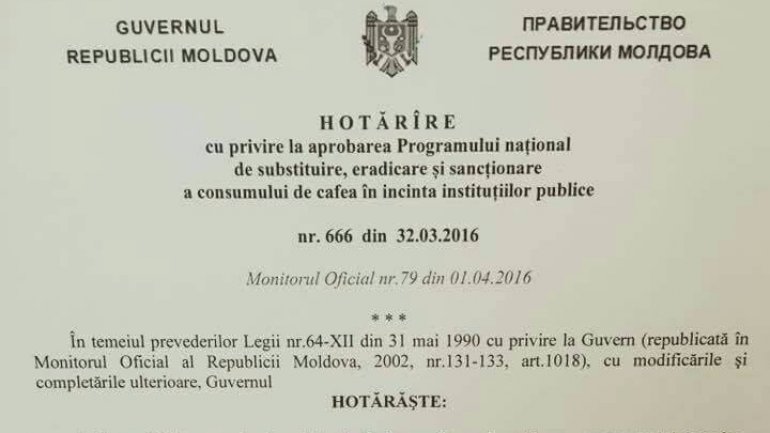 Coffee will be banned in public institutions. A decision to this effect was approved by Moldovan Government.

A wine producing company announced that it will place on the market the most expensive divine world, its cost is over one million dollars.

Jokes belong to state institutions who have good sense of humor. Coffee ban in public institutions belongs to Government representatives.