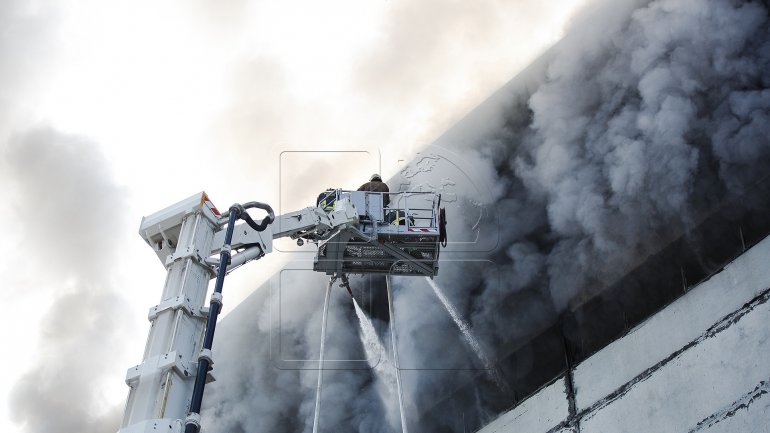 At the beginning of the cabinet meeting, Prime Minister Pavel Filip expressed his regret on the death of fallen firefighter.

The Head of the Executive has asked the Interior Ministry to speed up the procedure of providing aid 100 thousand lei, granted by the Government for the family of the fireman.

"I would like once again to express all regret for the death of a fireman. This guy behaved like a true hero and we have a duty to support our heroes. I want to do an analysis on all the reasons of the outbreak and the necessary conclusions. Who was responsible, who gave the authorization for the work in the building. Let us not forget that this investigation ultimately is a moral obligation to the firefighter and his family "said Pavel Filip.

At the same time, Prime Minister Pavel Filip asked the authorities to investigate the causes of outbreak to determine who is responsible for this tragic incident.

"I want to make a very deep analysis of things that have happened, why the fire broke out which were causes it, but it is very important to do and the necessary conclusions. Let's see who was responsible, who gave the authorization of Fire and the possibility that this deposit to activate. Let us not forget that this investigation is a moral obligation of the firefighter died, "concluded Mr. Filip.

Read also: Vlad Plahotniuc: "We will stand together with the firefighter's family and will provide financial help"

The premier said that the hero Ion Nogailic will be awarded postmortem with the highest state distinction for military Order of Stephen the Great.