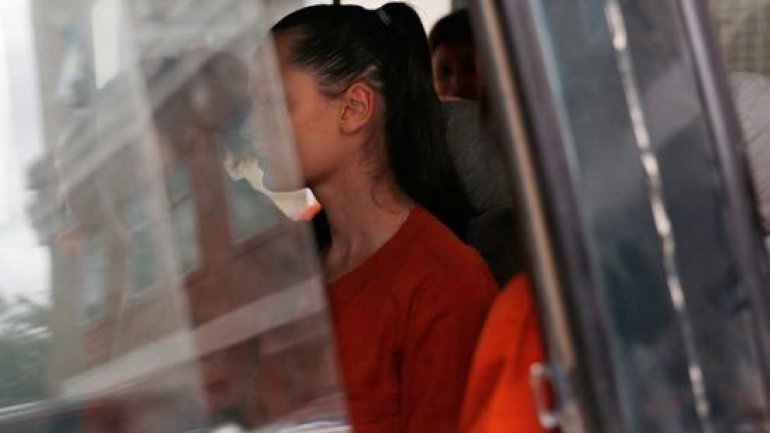 The Phnom Penh Municipal Court yesterday sentenced Moldovan national Liudmila Bejenari to eight years in prison for keeping an employee in debt bondage and forcing her to have sex with customers.

“The court decides to sentence the accused – Bejenari, Liudmila; known as Linda – to eight years’ imprisonment and orders the accused to pay compensation of 30 million riel [about $4,500] to the victim for the charge ‘unlawful removal with purpose’ under Article 10 of the Anti-Trafficking Law,” Judge Svay Tonh said, reading out the verdict.

The Moldovan victim filed a complaint against Bejenari in 2015, claiming that Linda lured her to Cambodia with the promise of work, but then confiscated her passport. According to the victim’s complaint, Linda did not pay her salary while she was employed at Ga.Do Italian Pizza and Wine Shop and forced her to have sex with customers for money.

Article 10 of the Anti Trafficking Law prohibits “unlawful removal with purpose” from a current place of residence for the purpose of “profit making, sexual aggression . . . or any form of exploitation”, and carries imprisonment from seven to 15 years.

The accused denied the victim’s account in a hearing last month. Defence lawyer Sok Chea could not be reached yesterday.