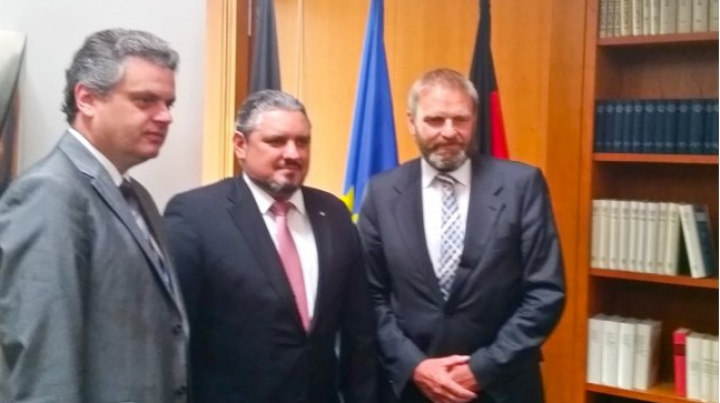 Being on a visit to Germany to attend the OSCE foreign ministers’ informal meeting, Deputy Prime Minister Andrei Galbur, Minister of Foreign Affairs and European Integration, had a meeting with Head of the Representation of Baden-Wuerttemberg in Berlin, Secretary of State Volker Ratzmann, the Foreign and European Integration Ministry’s information and media communication service has reported, Moldpres informs.

The sides confirmed the intention to enrich cooperation record among municipalities, within the meeting conversation. The parties opted to expand collaboration horizon with Baden-Wuerttemberg and agreed to lead efforts to organize Prime Minister Pavel Filip’s visit to Stuttgart and Mannheim. The visit would focus two priorities: political and cultural–economic. Consequently, it made suggested a proposal to set an economic forum in Mannheim, related to Moldovan Prime Minister’s visit to Stuttgart.