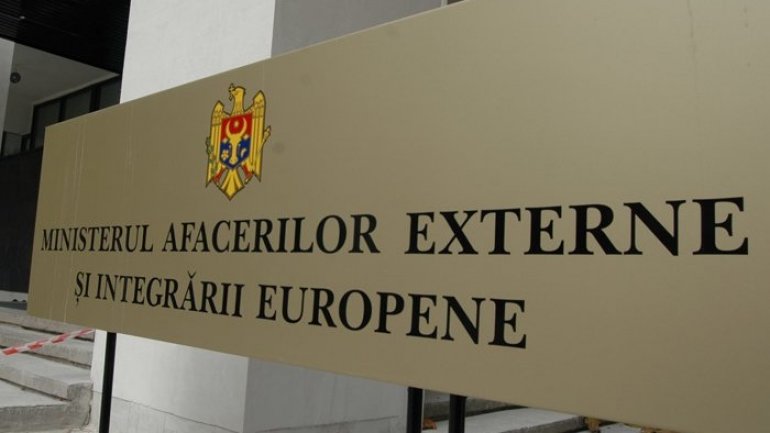 Deputy Foreign Minister Lilian Darii summoned today the Ambassador of Russia to the Republic of Moldova Farit Mukhametshin, regarding the new stage in the Russian peacekeepers’ rotation process in the Security Zone, which was recently announced by the Ministry of Defence of the Russian Federation, Moldpres informs.

Deputy Foreign Minister Darii expressed to the Russian Ambassador the indignation, with which the Moldovan authorities perceived the official news posted on 19 October 2016 on the Ministry of Defence of the Russian Federation’s website, according to which the so-called “peacekeeping battalion of Operative Group of Russian Troops in the Transnistrian region of Moldova began the first stage of rotation in the Security Zone“.

In this context, the Moldovan official drew attention to the inadmissibility of deviating from the practice agreed upon the Republic of Moldova and the Russian Federation on the mechanism of rotation of Russian peacekeepers in accordance with the Agreement on Principles of a Peaceful Settlement of the Armed Conflict in the Transnistrian region of the Republic of Moldova, signed on 21 July 1992. The mechanism provides that the rotation of the Russian military contingent, involved in the peacekeeping operation on the Dniester river, is to be operated from military units deployed in the Russian Federation. Or, as it is well known, the Operative Group of Russian Troops stations in the Republic of Moldova without the consent of the Moldovan authorities, i.e. illegally, therefore it should be withdrawn unconditionally and without delay.

That was the spirit and the sense of the 21 October 1994 Moldovan-Russian Agreement on “the legal status, procedures and timeframe of withdrawal of the military forces of the Russian Federation, temporarily stationed on the territory of the Republic of Moldova”, which has not unfortunately put into force by the Russian side. The same objective was endorsed by the consensual Declaration of the OSCE Summit in Istanbul in 1999 that envisaged that the Russian Federation would completely withdraw its military forces from the territory of the Republic of Moldova.

The way the Ministry of Defence of the Russian Federation decided to carry out the rotation this time cannot be perceived otherwise than an attempt to legitimize through a political subterfuge the Russian military presence in Moldova and mislead the public opinion. In the same context, there was raised the issues of continuing the recruitment into the armed forces of the Russian Federation of citizens of the Transnistrian region, including through advertisements in local media, which stirs bewilderment.

In this context, it is imperative to transform the current peacekeeping operation into a civilian mission with an international mandate as there was with many occasions proposed by the Moldovan authorities.
AFLĂ imediat Știrile Publika.MD. Intră pe Telegram