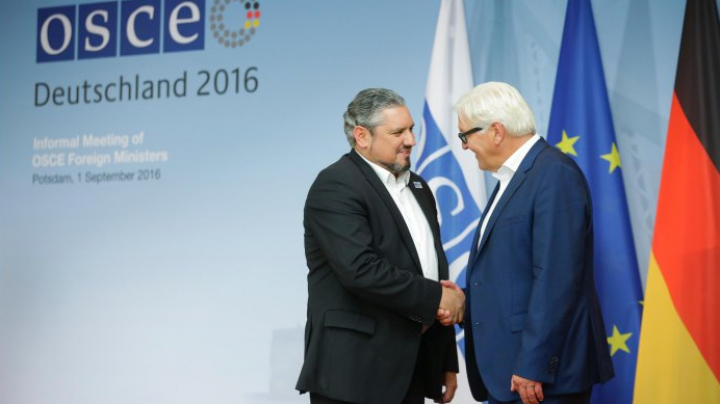 In his speech, Galbur referred to evolutions of security environment in the OSCE area, facing a large number of old and new challenges. He noted that the lack of progress in settling prolonged conflicts, lasting for nearly 25 years, continued military confrontation in Ukraine, increasing terrorist threat in the region, as well as migrants and refugees crisis were just a few problems that required joint efforts to overcome the current security crisis in Europe. In this context, OSCE represents suitable platform for a comprehensive approach of security concept, able to generate necessary commitment at the highest political level for solving the problems.

Touching upon the Transnistrian conflict settlement process, the official drew attention to the commitment of all actors as regards peaceful settlement of the conflict, making useless the Russian military presence in the region. In this context, he recalled the recent military exercises in Transnistria pointing out that “this is not proof of peaceful behavior of an actor claiming the role of peacemaker”.