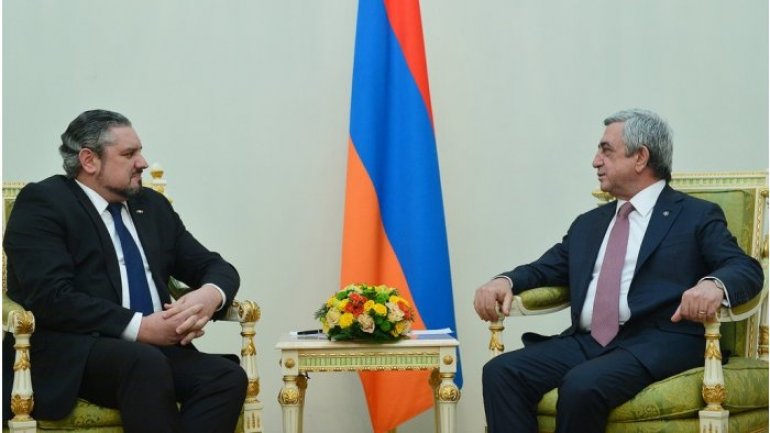 The officials considered a string of up-to-date subjects on the agenda of the Moldovan-Armenian relations. At the same time, the sides highlighted the existence of a potential of bilateral cooperation in diverse sectors of mutual interest, which has not been turned to account.

Andrei Galbur and Serzh Sargsyan also tackled prospects for boosting the commercial and economic ties between the two countries. They backed opportunity to undertake joint steps, meant to help achieve this goal, including to start the work of the Moldovan-Armenian inter-governmental commission for commercial and economic cooperation.

Also, the two officials confirmed interest in developing the bilateral legal framework. The sides welcomed the signing, at the today’s visit, of Moldovan-Armenian inter-governmental agreements on visa free travels by citizens, cooperation in the tourism sector, as well as collaboration in the education and science field.
AFLĂ imediat Știrile Publika.MD. Intră pe Telegram