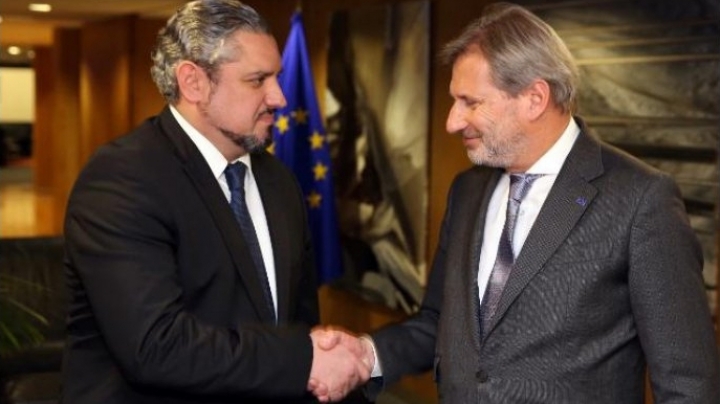 Both the Government and Parliament are deeply involved in the reforming process and willing to promote the priority projects from the agenda of executive and legislative bodies. The declaration was done by the minister of the Foreign Affairs, Andrei Galbur, during the meeting with the European Commissioner for Neighborhood Policy, Johannes Hahn.

During the meeting, the two officials discussed the evolution of the reforms started by the Moldovan authorities, especially the fight against corruption, the reform on mass-media sector, and on the financial-banking sector.

At the same time, the European official mentioned the importance of the implementation of the Association Agreement, and the negotiation with the IMF in order to stabilize the economy.

The European Commissioner has welcomed the efforts done by Moldovan institutions until now and claims that he will support the European way for our country.