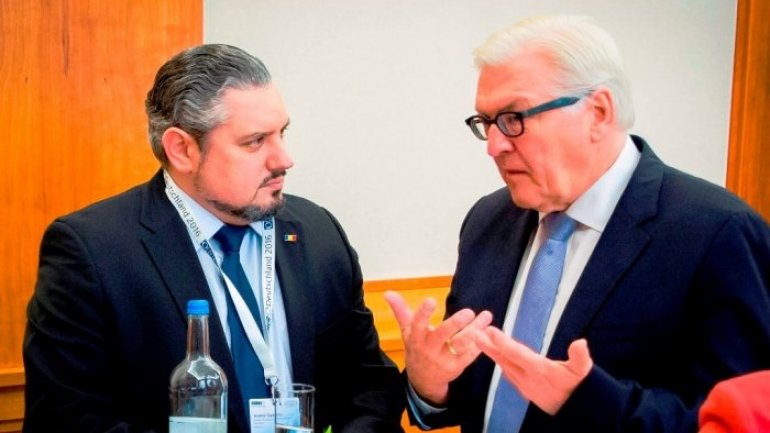 Foreign and European Integration Minister Andrei Galbur has had a meeting with his German counterpart Frank-Walter Steinmeier, on the sidelines of a conference, Tolerance and Diversity, organized by the German OSCE chairmanship, Moldpres reports.

The officials approached the situation in the region in terms of security, as well as preparations for the OSCE ministerial conference, due in Hamburg on 7-9 December 2016.

The present situation concerning the Transnistrian settlement was the subject of a discussion between Minister Galbur and Special Representative of the OSCE Chairperson-in-Office for the Transnistrian Settlement Process, Ambassador Cord Meier-Klodt.
AFLĂ imediat Știrile Publika.MD. Intră pe Telegram