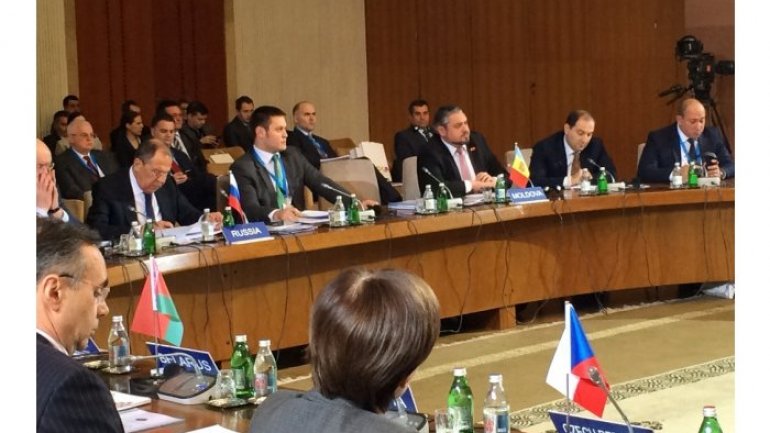 Deputy Prime Minister, Foreign and European Integration Minister Andrei Galbur today participated in the 35th Meeting of the Council of the Ministers of Foreign Affairs from the Member States of the Black Sea Economic Cooperation Organization (BSEC), held in Belgrade, Serbia, Moldpres reports.

At the meeting, held under the Chairmanship-in-Office of the Republic of Serbia, was summed up the activities carried out during the mandate of this country and exchanged opinions on the medium- and long-term priorities of the Organization. At the same time, the event’s agenda included subjects on economic and sectoral cooperation, assessing ways of reforming BSEC, as well as the approval of the budget for 2017.

In his speech, Galbur has underlined the need of full valorization of BSEC’s institutional potential that will produce tangible projects, and, in this regard, the Republic of Moldova will support all initiatives fostering regional cooperation in such priority areas, as economy, trade exchanges, energy efficiency, transport interconnections, environment, tourism and cultural ties development.

At the end of the meeting, Galbur has underlined full support for continuing the process of BSEC’s reformation and expressed his appreciation to the Serbian Chairmanship for efforts undertaken to enhance and expand BSEC cooperation with other regional and global organizations.

At the same time, within his visit to Belgrade, Andrei Galbur paid homage to the victims of the Istanbul bomb attack.
AFLĂ imediat Știrile Publika.MD. Intră pe Telegram