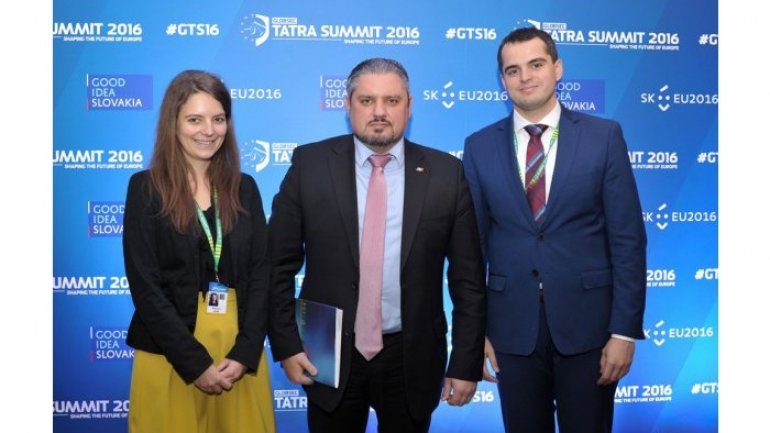 Deputy Prime Minister, Foreign and European Integration Minister Andrei Galbut has participated along with other high officials and experts in a session of debates on developments of the first year of applying the revised European Neighbourhood Policy, within the 2016 issue of GLOBSEC Tatra Summit “Shaping the future of Europe”, held in the capital of the Slovak Republic, Moldpres  informs.

According to the Foreign and European Integration Ministry’s communication and media relations service, the participants in debates considered the results of proposals launched in November 2015. A special attention was paid to the way of using principles of differentiation and employment. They opted for deepening the sectorial cooperation, as well as for building measures meant to stabilize the situation in the regions covered by the European Neighbourhood Policy (ENP).

A special topic was related to the ENP’s eastern dimension, including the perspectives for developing the partnership.

In his speech, Galbur reiterated the importance of maintaining a clear vision on the future of these initiatives and creating prerequisites for meeting the set goals.
AFLĂ imediat Știrile Publika.MD. Intră pe Telegram