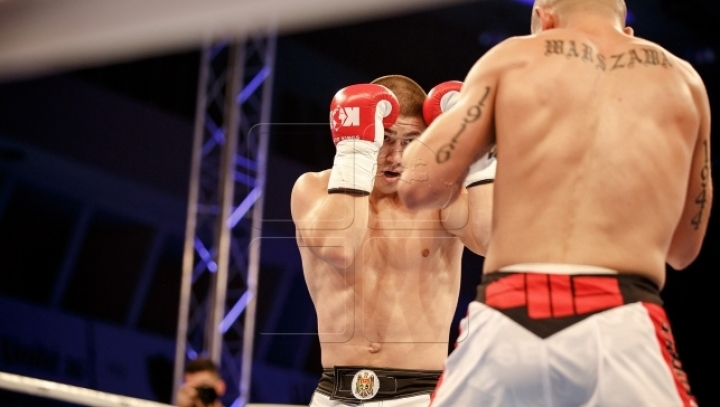 The Moldovan fighters ruled at the second edition of the Chişinău contest and won 7 out of those 12 fights.

Pavel Pocatilov was victorious in the ring after a break of one and a half years and knocked out Hungarian Gustav Dietz.

After clashing at the official presentation, Daniel Filipschi defeated by score Feneys Zsolt from Hungary.

But some Moldovan fighters had to put up with their defeats. Samir Aliev lost the fight with Russian Imran Kumyshev, as Grigore Panfili yielded to American Michael Brightmon, who won it by a knock-out.

"There is always place for a revenge. As there was the fight between Scorohod and Ianţoc. I think a revanche must be there. Aliev may also have his revanche: it was a balanced fight, very technical," said FEA association president Dorin Damir.

The next cage fight tournament 'Eagles Fighting Championship' will be held in Chişinău by FEA in October.