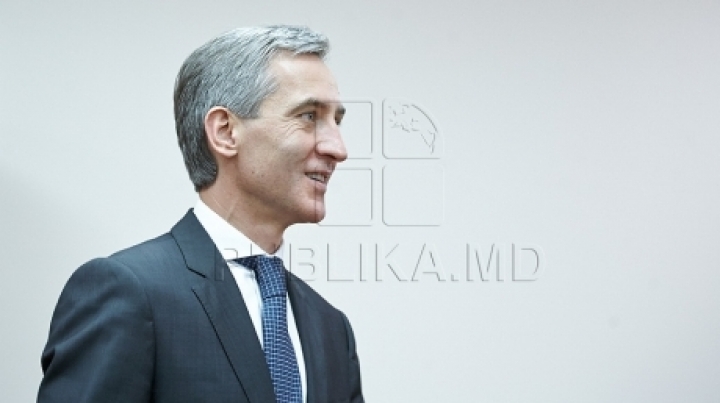 Another candidate for president of the country has launched it's campaign today, on Octomber 1st.

The former prime minister, Iurie Leanca, has urged citizens to choose him in the elections of October 30, for him to continue reforms.

According to him, the poll is crucial, after which the way of our country, the development or the stagnation will be decided .

Iurie Leanca was launched its campaign with the slogan "Towards West. For a prosperous Moldova".

The former prime minister is convinced that only near the EU, our country will have a better future.

"It's a turning point. Moldova can take it to the East or to stay on the road to the West. It is a sin to give up on all our efforts and to choose another way? Isn't it a shame to throw all the good things made and start from scratch on a dead end? " , said PPEM candidate for president, Iurie Leanca.

Iurie Leanca has set ten goals on the agenda of his electoral campaign. He wants wealth and prosperity for citizens and independent justice, so that all are equal before the law.

The former prime minister intends economic relations with Eastern partners, but also with the West, under the Free Trade Agreement with the European Union.

Iurie Leanca also wants to create an axis Moldova - Romania and Germany, to support our country's rise on the European road.

In the launching ceremony, the PPEM presidential candidate spoke about his opponents who threat to the country's development, such as Andrei Nastase, behind which sit Victor and Viorel Topa fugitive mobsters, and Socialist Igor Dodon.

"A trio that wants to lead Moldova eastwards. I understood their game. It's simple. Nastase is breaking righteous votes. Dodon wants left votes, but we all have to tell people the truth to understand and not give in to it" , said PPEM candidate for president, Iurie Leanca.

"I'm sorry that Maia was outwitted by the Topa man. If Maia was fooled so easily by Nastase, how, she believes it can negotiate with heads of state? How canMaia lead the state with an iron hand without which we can't make the reform on justice in Moldova and give a blow on corruption?" , said PPEM candidate for president, Iurie Leanca.

He hopes, however, that Maia Sandu will realize the error and will join the PPEM team later.