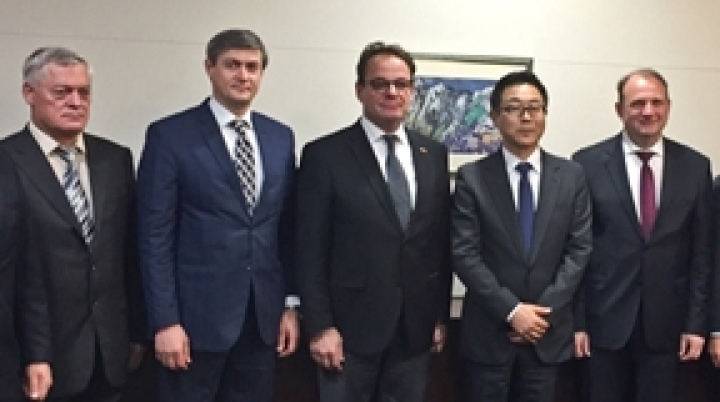 The ceremony of the official opening of the Republic of Moldova Embassy to Japan took place in Tokyo on Thursday. It was attended by an official Moldovan delegation led by Secretary General of the Presidential Chancellery Office Ion Paduraru, Infotag informs.

In the course of the delegation’s Tokyo voyage, the Secretary General of the Ministry of Foreign Affairs and European Integration, Anatol Vangheli, met Parliamentary Vice-Minister for Foreign Affairs of Japan Motome Takisawa and the First Vice-President of the Japan International Cooperation Agency (JICA), Kazuhiko Koshikawa, and discussed various aspects of Moldova-Japan dialog with them.

Anatol Vangheli conveyed the Moldovan Government’s gratitude for the assistance Japan provides for Moldova by means of a serious program of technical assistance. He expressed Moldova's interest in resumption of the financing of priority projects such as e.g. in the fields of agriculture, education and public health.

The Japanese side reaffirmed its commitment to backing Moldova’s long-term development. The parties agreed to continue their multifaceted dialog in order to fully mobilize the potential of bilateral cooperation in spheres presenting mutual interest, said the Moldovan foreign ministry’s press release.

The Moldovan Embassy in Tokyo and the Embassy of Japan in Chisinau began working yet in early 2016. However, the ceremonies of their official inauguration took place only several months later – in early September in Chisinau and on September 29 – in Tokyo. The Moldovan Embassy in the capital of Japan is headed by Ambassador Vasile Bumacov, ex-Minister of Agriculture and Food Industry.