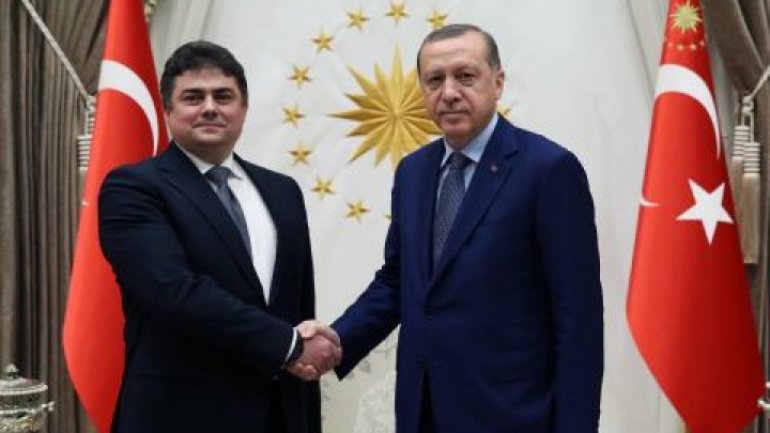 Turkey is interested in expanding its relations with Moldova in all respects, as the ascending dialogue between the authorities of the two countries creates new opportunities to carry out projects to the interest of the two peoples.

The statement was made yesterday by Turkish president Recep Tayyip Erdoğan as he met with Moldovan deputy Prime Minister Octavian Calmîc, on a working trip to Turkey.

The Turkish president appreciated the enactment of the Free Trade Deal between the two states, which offers a platform to carry out join business projects.

Deputy premier Octavian Calmîc said Turkey was a strategic partner for Moldova: "The Free Trade Deal, having entered force on November 1, opens up new opportunities in developing the relations between our countries, removing barriers, especially in terms of mixed investment."

The two officials agreed that a declaration stating the strategic partnership between the two countries is necessary to leap to a new stage of the bilateral relations. Inking such a statement could be possible next spring when the Turkish president is expected to pay a visit to Moldova.

The meeting was also attended by the Gagauz governor and the Moldovan ambassador to Ankara.