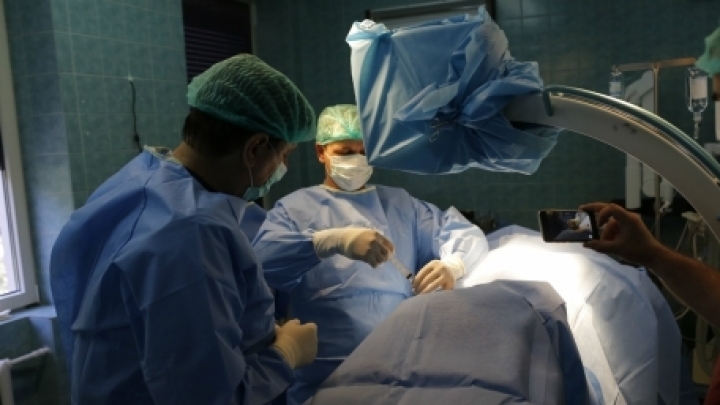 A 37-year-old man has been operated on a herniated disc by a revolutionary intervention in Moldova. The operation took place without general anesthesia, and patient went home an hour and a half after the surgery.

The neurosurgeon Grigore Zapuhlîh says a sophisticated device was used to remove the material affected by hernia.

Lilian Ciorbă, the first patient in Moldova who was operated on by the new procedure, says he had had abominable pains in his back and left leg and accepted the new method the physicians proposed him.

“I was familiar with such surgeries, but I didn’t know they were made in this country. And here I am the first patient. Certainly I had emotions, but I was confident everything would be OK with such a team of doctors,” Lilian Ciorbă said.

The man says he has no pains and can sleep calmly at night, after a long period.