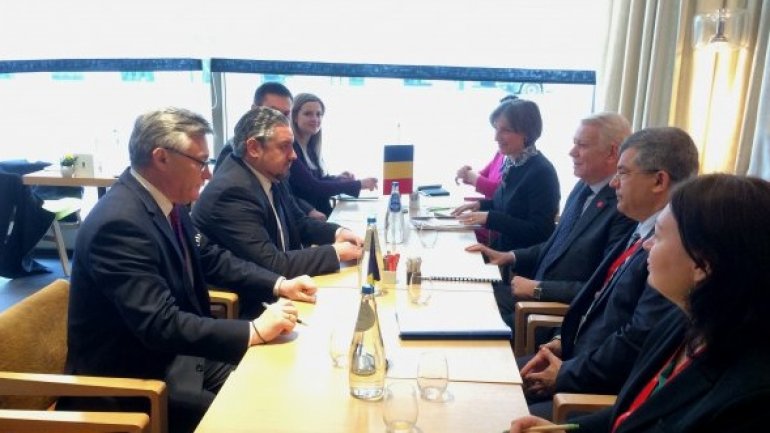 Ministers Andrei Galbur and Teodor Melescanu made an assessment of the current state and prospects of bilateral relations, reiterating their mutual interest in further development of bilateral cooperation in the spirit of strategic partnership for European integration of Moldova.

The officials also agreed to resume meetings of the Joint Intergovernmental Commission Romania – Moldova for European integration, setting the next meeting to be held in Chisinau in the first half of 2017.

The talks with Ukrainian counterpart focused on the implementation of the provisions of the Road Map on development of the Moldovan-Ukrainian cooperation for 2017, which was signed in February by Prime Ministers of both countries.

The sides mentioned upward trend and willingness of the parties to promote the perspective of Moldovan-Ukrainian political dialogue and intensifying interaction in trade-economic sphere.