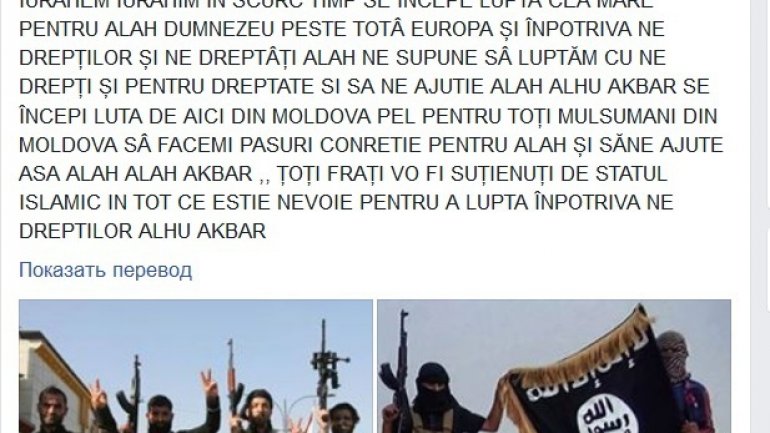 The Moldovan, detained last week for Islamic State propaganda, was placed in preventive arrest for 30 days.

The suspect is 29 years old and was in the attention of the secret services for more than two years. According to SIS, he had the necessary preparation to carry a terrorist attack. If found guilty, he might receive a sentence of up to 5 years in jail.

The arrest was carried out by the officers of the Information and Security Service jointly with the Prosecutor's Office for Organized Crime and Special Causes Control.

The SIS representatives advise people to report cases when they meet persons promoting the ideology of the Islamic State terrorist network on the territory of Moldova. Parents are also advised to be more vigilant with their children.

Since the beginning of 2016, in Moldova were detained two foreign citizens, aged 18 and 35, from Syria and Iraq.

They were suspected of jihadist propaganda. As a result of investigation, persons were freed because they did not represent any danger for society.