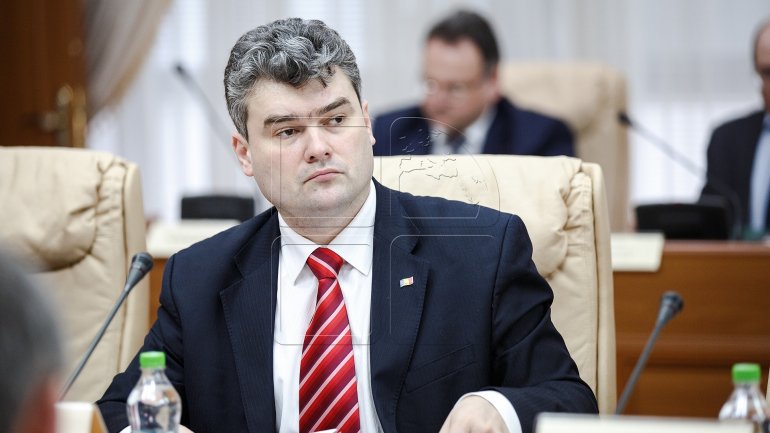 Deputy Prime Minister Gheorghe Balan has had a meeting with the new Ambassador of the United Kingdom of Great Britain and Northern Ireland to the Republic of Moldova Lucy Joyce.

On this occasion, the deputy premier congratulated Mrs. L. Joyce and wished success in fulfilling her mandate of high responsibility.

It was also mentioned the Moldova’s orientation towards the European democratic value space and the efforts it is making to promote reforms leading to the EU approaching.

The dialogue included the Transnistrian issue. Gheorghe Balan pointed out firmly the Moldovan authorities’ objective to find a lasting solution in the negotiation process, providing special legal status for the Transnistrian region, while respecting the sovereignty and territorial integrity of Moldova. In this context, the deputy prime minister informed the Ambassador about the priorities of the Executive department "Reintegration of the country and strengthening statehood" and positive commitments undertaken to support the people of the eastern districts of Moldova by extending throughout the Republic of Moldova of common spaces (legal, economic, social, customs etc.).

They were reviewed during the current developments in the negotiations and the main problems appearing on the agenda of the dialogue between Chisinau and Tiraspol.

Ms. Lucy Joyce thanked the deputy prime minister for conversation and noted also that the UK has continued to be a reliable partner of Moldova, which would continue to provide the necessary support, including into the process of reintegration.
AFLĂ imediat Știrile Publika.MD. Intră pe Telegram