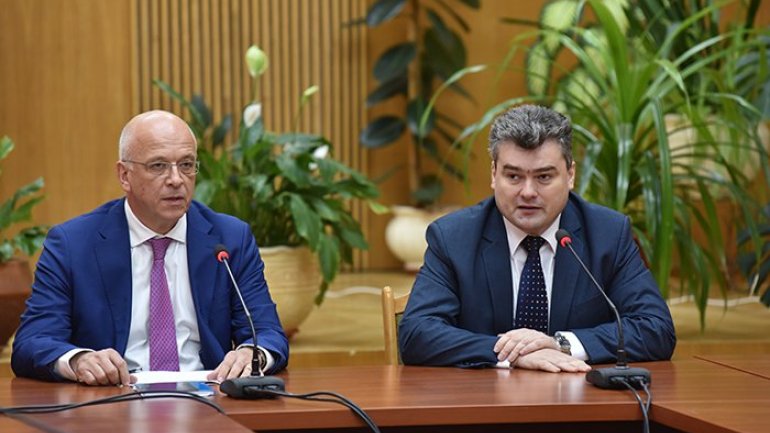 Deputy Prime Minister Gheorghe Balan had today a meeting with Special Representative of the OSCE Chairman in Office for the Transnistrian settlement, Cord Meier-Klodt, who pays a working visit to Moldova, Bureau for Reintegration information and media communication service has reported, according to Moldpres.

Ambassador Michael Scanlan, Head of the OSCE Mission to Moldova attended the meeting too.

During the talks, the officials estimated the existing negotiation process situation, assessed the degree of the reached agreements realization, actions taken to address the most pressing issues facing the people of the region and also exchanged views on prospects for dialogue advancement.

Referring mainly to the themes discussed during the working sessions of political representatives in the negotiations on behalf of Chisinau and Tiraspol, the sectoral working groups meetings which were held during this year, Deputy Minister Gheorghe Balan highlighted the positive achievements registered in environmental protection, education, telecommunications, emphasizing the importance of activating interaction at the level of experts from other working groups.

In this context, Ambassador Cord Meier-Klodt urged the Moldovan authorities to continue efforts directed towards a lasting settlement of the issues listed on the agenda and announced that in November, OSCE will start consultations on the draft Declaration of the Ministerial Council. The 23th meeting of OSCE Ministerial Council will be held in Hamburg, Germany, in early December 2016.

At the end of the meeting, both officials held a press briefing.