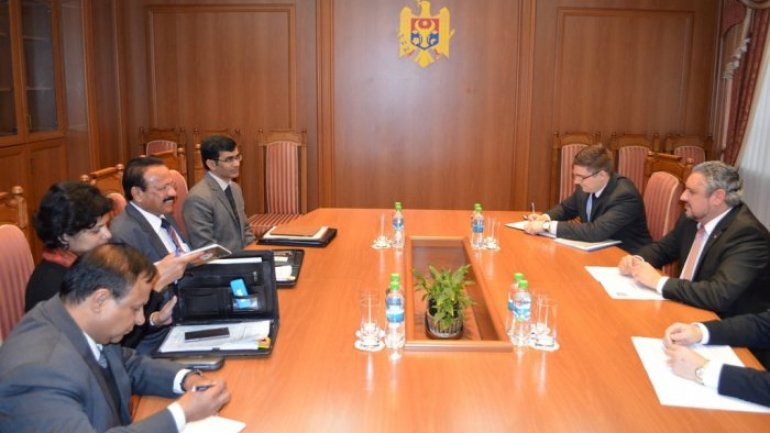 During the meeting, the officials discussed prospects of enhancing relations between the two countries by developing the political dialogue, expanding economic collaboration, cooperation in various fields of mutual interest, including agriculture and food, information technology, medicine and pharmacy.

Thereby, the Indian Minister of the Government of India communicated its intention to expand the areas of interaction between the parties and harnessing the full potential of trade and economic cooperation between Moldova and India, to identify opportunities to stimulate the trade between states.

At his part, Moldovan Foreign Minister reiterated Moldova's interest in developing bilateral relations with India in various fields, both bilaterally and multilaterally.

The Minister of Statistics and Implementation of Programmes of India pays a working visit to Chisinau on 2 – 4 November, in order to strengthen bilateral cooperation in many fields and will be received by President Nicolae Timofti, Prime Minister Pavel Filip, and also will have working meetings at the Ministry of Economy, Ministry of Information Technology and Communications, Ministry of Health, Ministry of Regional Development and Construction, Ministry of Education and Culture. The official will visit the University of Medicine and Pharmacy "Nicolae Testemitanu" and will keep a public lecture at the Faculty of International Relations and Political Sciences of the State University of Moldova.