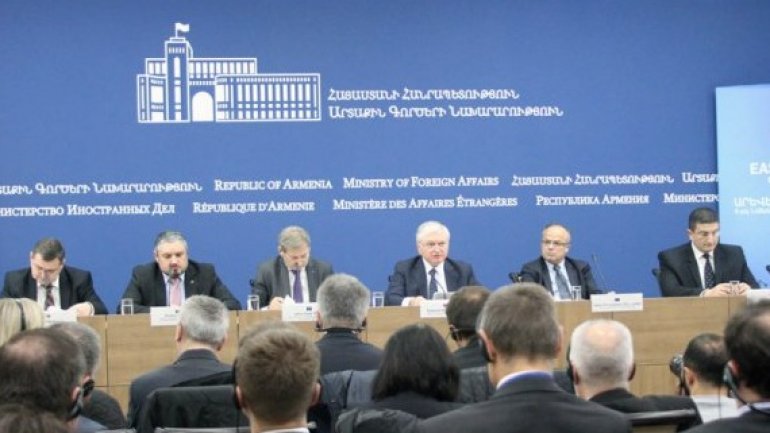 Deputy Prime Minister, Foreign and European Integration Minister Andrei Galbur today participated in an informal meeting of the foreign ministers from the Eastern Partnership countries, held in Yerevan, Armenia, according to Moldpres.

In his speech, Andrei Galbur pointed out Moldova’s visions on actions which might be carried out till the Summit of the Eastern Partnership, scheduled for November 2017, and the long-term goals, which are to be achieved in 2019. In this context, the Moldovan diplomat prioritized the actions with potential to turn into tangible benefits for Moldova’s citizens, such as cutting the roaming tariffs or more investments to facilitate the turning to account of the access to the EU market.

Minister Andrei Galbur proposed that the next informal meeting of the Eastern Partnership foreign ministers be organized in Chisinau in the second half of 2017.
AFLĂ imediat Știrile Publika.MD. Intră pe Telegram