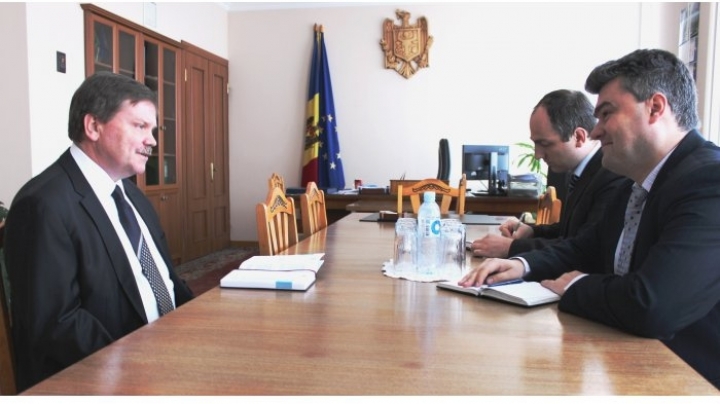 The two officials held a constructive dialogue, focused on topics of the Moldovan-Hungarian relations, prospects for bilateral cooperation in the cultural and education sectors, as well as the present situation in the negotiating process.

Referring to the Transnistrian file, the deputy prime minister informed the Hungarian diplomat about the developments recorded following the permanent conference on political problems in the Transnistrian settlement process (the five-plus-two format of negotiations) from 2-3 June 2016, Bavarian conference for promotion of confidence building measures from 12-13 July 2016, as well as the carrying out of the Chisinau-Tiraspol dialogue.

As for the subject on ensuring the human rights’ observance in the Transnistrian region, the deputy prime minister reiterated the importance to establish a functional platform of dialogue, able to monitor the situation on the left bank of Dniester, ensure access of the competent national authorities to detention places, to generate forms of adequate protection and improve the situation in the field.

H.E. Matyas Szilagyi appreciated the positive actions undertaken by the Moldovan government, maintaining a continuous dynamic in the Chisinau-Tiraspol dialogue, including the boosting of the activity of the sectoral working groups. The ambassador stressed that these substantially contributed to the advancement of the negotiations and the rapprochement between the sides.

At the same time, the diplomat reconfirmed the Budapest government’s willingness to deepen the cooperation with the Moldovan authorities and back new projects of development in the culture and tourism sectors, with the involvement of relevant actors from both banks of Dniester.

The deputy prime minister thanked for the dialogue and voiced confidence that the Moldovan-Hungarian ties would continue developing for the good of both states.