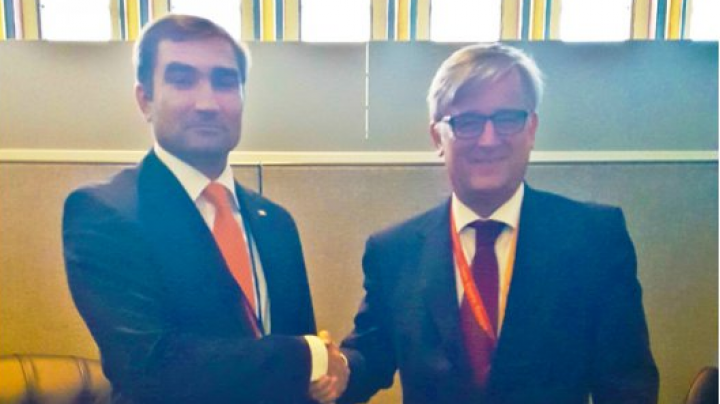 Deputy Foreign and European Integration Minister Lilian Darii had a meeting with State Secretary for Foreign Affairs of Spain Ignacio Ybáñez Rubio on 22 September, in the context of the 71st session of the UN General Assembly, held in New York.

According to the Foreign and European Integration Ministry’s information and media relations service, the officials exchanged opinions about the interaction of the two countries within the international organizations and developments in the Moldovan-Spanish bilateral relations. They highlighted the importance of promoting the political dialogue by boosting the high-level ties, as well as stepping up the economic cooperation.

Also, the sides discussed issues related to the regional security and solving the protracted conflicts in the European area. They underlined the need to observe norms and principles of international law, including sovereignty and territorial integrity of states, Moldpres informs.