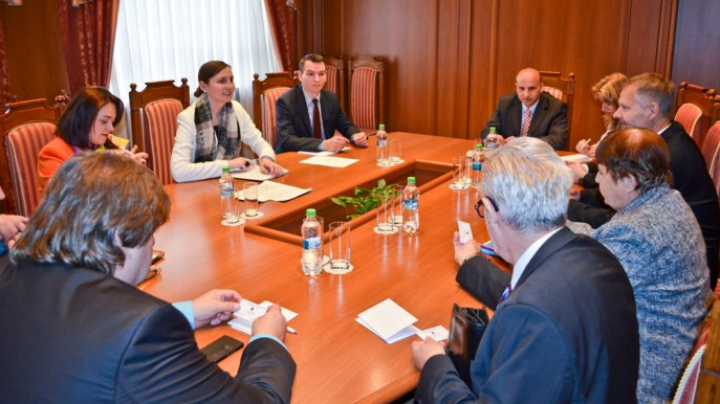 Deputy Foreign and European Integration Minister Daniela Morari today had a meeting with a delegation of the Committee on European Union Affairs at the Czech Senate, made up of Vaclav Hampl, Antonin Mastalir, Peter Koliba and Ludek Jenista, on a 19-21 September official visit to Moldova, Moldpres writes.

The sides exchanged opinions on Moldova’s European agenda. In particular, Daniela Morari informed about actions undertaken to re-establish the pace of enforcing the reforms and commitments provided for in the Moldova – European Union Association Agreement, as well as the immediately next priorities in the Moldova-EU ties.

The Czech lawmakers gave assurances that Moldova would be further backed in advancing on its European way. They encouraged the Moldovan authorities to continue the accelerated pace of carrying out the reforms, by fully involving the society.

Not in the least, the Moldovan official highly appreciated the intensity and quality of the Moldovan-Czech dialogue, which directly contributed to the implementation of the Moldova-EU Association Agreement’s provisions.