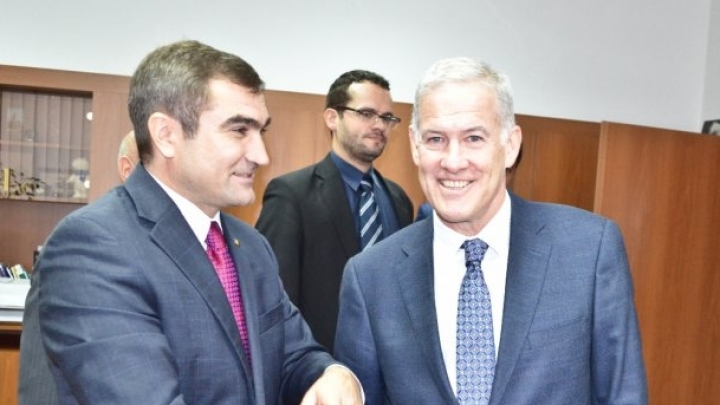 The two officials exchanged opinions on up-to-date issues on the agenda of Moldova-OSCE cooperation. Special attention was paid to actions undertaken to commemorate the victims of the Holocaust in Moldova.

In this context, Deputy Minister Darii reiterated the Moldovan authorities’ commitment to effectively contribute to working out an action plan on the enforcement of the political declaration, recently passed by the parliament for the acceptance of the Report of the international commission on studying the Holocaust, chaired by Elie Wiesel.

The minister also thanked the OSCE Mission and other relevant partners for the support provided to organize and hold an international seminar on the best practices of commemorating the Holocaust in Chisinau on 7 October 2016.

For his part, Ambassador Scanlan confirmed the OSCE Mission’s willingness to further provide the needed assistance to promote the common goals concerning the Holocaust in Moldova. At the same time, he encouraged the Moldovan authorities to persevere on this way.