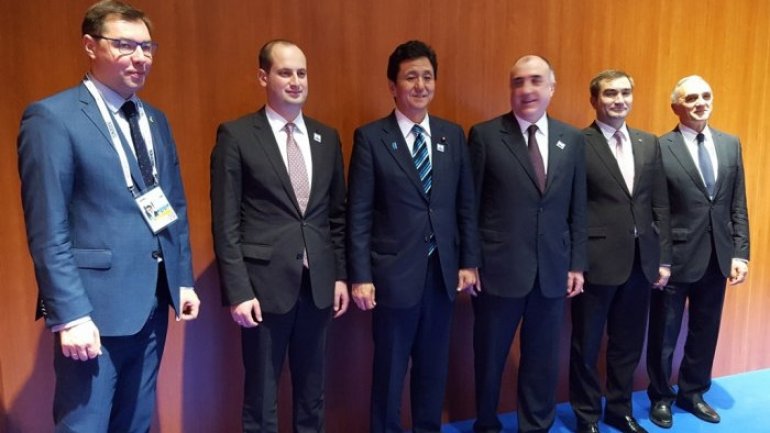 Deputy Foreign and European Integration Minister Lilian Darii participated in a meeting of the Ministers of Foreign Affairs of ODED-GUAM in the format ‘ODED-GUAM+Japan’, on the margins of the 23rd OSCE Ministerial Council held in Hamburg, Germany, Moldpres reports.

The main topics of the meeting focused on regional cooperation of the GUAM Organization with Japan, particularly with the aim of enhancing cooperation with the private sector, as well as the possibility of increasing the role of Japan in strengthening institutional capacities of the GUAM Member States.

In the context of cooperation for development, which is based on experience and expertise provided by the Government of Japan, the participants emphasized the contribution of Japan to the promotion of democracy and market economy in the GUAM Member States.
AFLĂ imediat Știrile Publika.MD. Intră pe Telegram