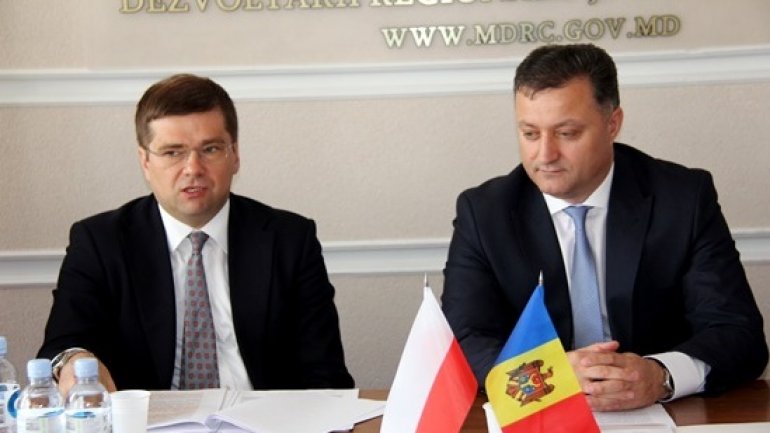 “Supporting the institutional capacities of public administration in key reforms resulting from the EU-Moldova and DCFTA agreements (the Deep and Comprehensive Free Trade Area) will be a priority for Polish development cooperation in 2016-2020. Poland attaches a particular importance to matters related to Moldova’s regional development and agriculture,” Deputy Minister Pawlik said at the meeting.

The signing in June 2014 of the Association Agreement with the European Union bound Moldova to implement a series of reforms to approximate Moldova’s solutions to EU standards of the legal system and the implementation of regional policy development. The project carried out in collaboration with the Polish Ministry of Development provided for work towards changing the model of programming and implementing the regional policy in Moldova for 2016-2020.

Preparation of the Strategy of Moldova’s Regional Development for 2016-2020 was the final step of efforts to date to implement Moldova’s regional reform, carried out in partnership with the Moldovan Ministry of Development in 2012-2015.

Projects to reform the regional development carried out in 2012-2015 were financed by the Ministry of Foreign Affairs under Polish development cooperation.