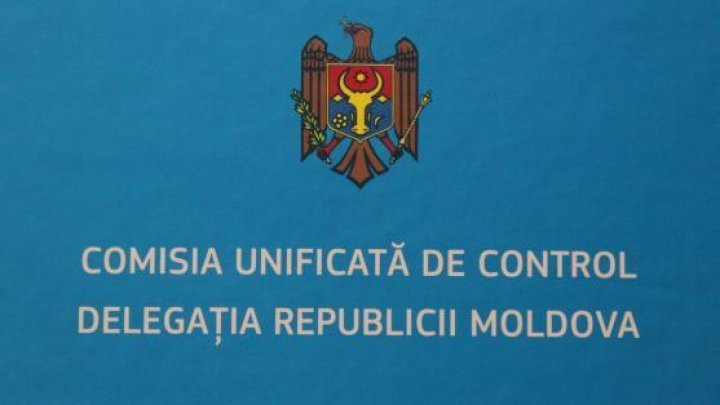 Under the chairmanship of the Moldovan delegation, on July 12, 2018, Bender held a meeting of the Joint Control Commission, which, according to the agenda, debated 2 topics.

At the Chisinau delegation's proposal, CUC approved Lieutenant-Colonel Ion Epure as military observer, Viorel Cernăuțeanu ,within the Reintegration Policy Bureau of the State Chancellery of the Republic of Moldova
as expert with permanent status.

Colonel Vitali Morozov, the Chief of Joint Force of Pacific Joint Force Staff, reported the situation last week in the Security Zone, which was recognized as stable following the monitoring by the Joint Military Command.

During the unusual meeting of the Commission headed by Russian co-chairman Ilia Uvarov, the issue of ensuring the security and free movement around the Nistru bridge between the towns of Gura Bâcului and Bacioc was examined.

The discussions took place in the context of the reasonable proposals offered by the Russian delegation on 28 June 2018, which, after the preliminary examination by the delegations, representatives of Ukraine and the OSCE Mission to the Republic of Moldova were practically accepted by the majority of delegations, except for the Transnistrian delegation, without commenting the proposals of Russian counterparts.

The Tiraspol exponents during the tense debates confirmed that they resorted to the strengthening of the infrastructure of the post of its power structures near Baciuc, even on the eve of the day when the traffic on this bridge would be reopened.

Thus, during the preparations for the reopening of the bridge, the Transnistrian representatives, without the prior coordination with the JCC, increased the number of "border police, customs officers and migrant service". These unilateral actions contradict the agreements previously agreed within the JCC and represent a definite proof that the Transnistrian delegation refuses to abide by the Security Zone regime and the commitments assumed in accordance with the Commission's decision, 828 from January 29, 2015 to January 13, 2017.

In the absence of consensus to sign a decision, the delegations decided to continue consultations on this subject at the next Commission meeting on 19 July 2018.