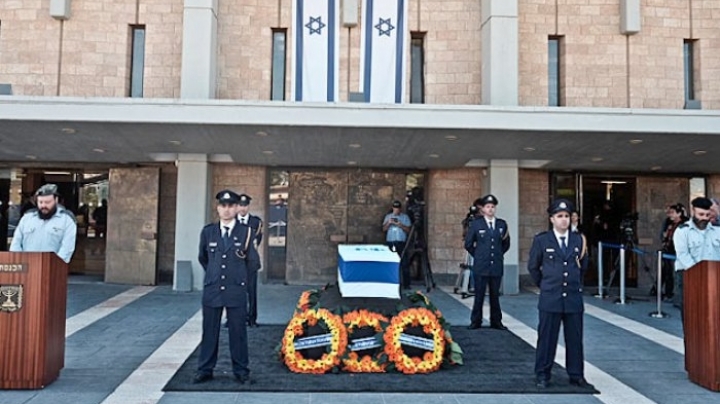 A delegation of Moldova led by Deputy Prime Minister for Reintegration Gheorghe Balan today attended the funerals of the former President of the State of Israel Shimon Peres, Moldpres informs.

A message of sympathy was conveyed on behalf of the Moldovan president to his Israeli counterpart on this event. Also, the head of the Moldovan delegation expressed sincere condolences to the Israeli authorities and the mourning family on the passing away of an outstanding personality and of an active supporter of peace, whose merits were recognized by awarding the Nobel Peace Prize.