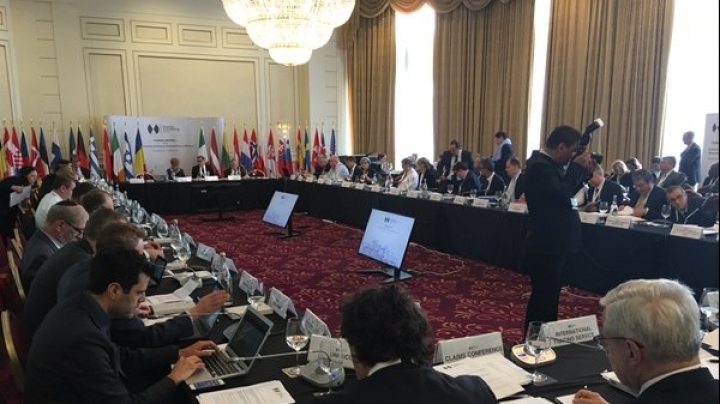 A Moldovan delegation led by Ambassador-at-large Ion Stăvilă attended as observer the plenary session of the International Holocaust Remembrance Alliance, which was held in Bucharest during 23-26 May 2016, under the Romanian chairmanship of the organization.

Delivering his speech in the forum, Ambassador Stăvilă elaborated on the latest achievements of the Moldovan authorities in the field of Holocaust remembrance and other crimes against humanity.

He particularly highlighted the willingness of the Government to support the Jewish Community along with other national minorities from Moldova in preserving and developing their identity by reflecting appropriately the tragic events in the education system, in order to prevent them in the future.