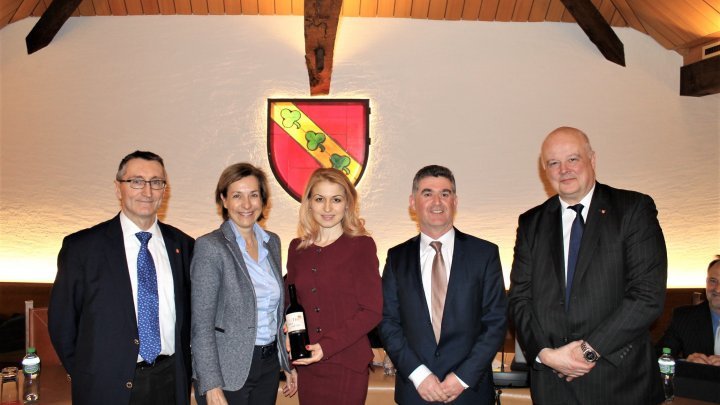 Moldovan delegate to the World Trade Organization (WTO), Corina Cojocaru, presented at the meeting of the Municipal Council of Collonge-Bellerive in Geneva, Switzerland.

At the invitation of the President of the Municipal Council, Nurberto Brichner, and the Mayor of Collonge-Bellerive, Francine de Planta, the representative of Moldova to the WTO, Corina Cojocaru informed the local public authorities in the canton of Geneva about the development potential of our country in the organic agriculture sector, the textile industry, information technologies, as well as the advantages offered by the Association Agreement with the European Union.

Delegate of the country emphasized the importance of promoting cooperation in various fields at the local public authorities level in both countries when Chisinau Municipality needs policies to be modernized and harmonized the best practices in the Canton of Geneva.

Following the contacts established by the Mission of Moldova in Geneva, the dialogue between the public authorities in Chisinau and the administration of Collonge-Bellerive will be launched from May 10-13 this year.

During visit to Moldova, over 25 Swiss municipal councilors will have a series of meetings with representatives of Chisinau City Hall and Municipal Council, the Chambers of Commerce and Industry, as well as the leadership of the Ministry of Foreign Affairs and European Integration.