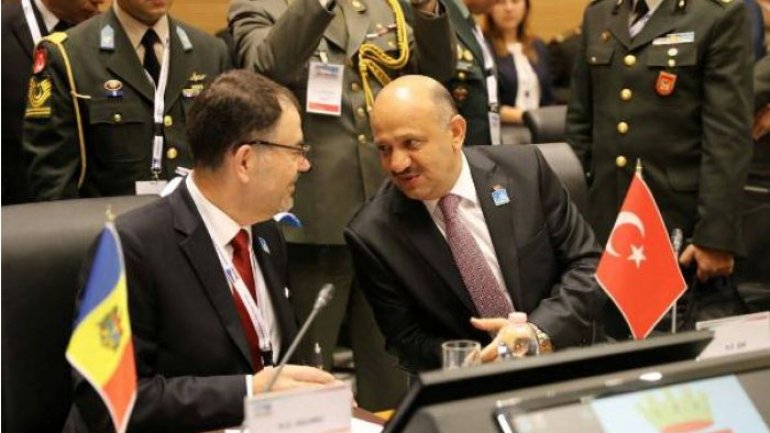 National Army in KFOR operation in Kosovo, and opted for deepening the bilateral relations between Moldova and Italy at defence level, as well as for identifying new fields of collaboration important for both defence institutions, Moldpres reports.

During a meeting with Minister of National Defence of Turkey Fikri Işik, Salaru approached the importance of developing and deepening the bilateral cooperation in the military sector, especially, in the context of regional developments of the last period. Salaru thanked for the opportunities for professional training of servicemen of the National Army in the Turkish institutions, especially, in the regional centre for training of partnership for peace from Ankara.

Salaru has earlier met Deputy Defence Minister of Georgia Lela Chikovani in Rome and approached the bilateral relations in the military sector.

SEDM represents a regional initiative, comprising Albania, Bosnia and Herzegovina, Bulgaria, Croatia, Greece, Italy, Macedonia, Montenegro, Romania, Slovenia, USA, Turkey and Ukraine. It was set up in 1996 aiming at boosting the regional political and military cooperation and strengthening stability and security in the South-Eastern Europe.