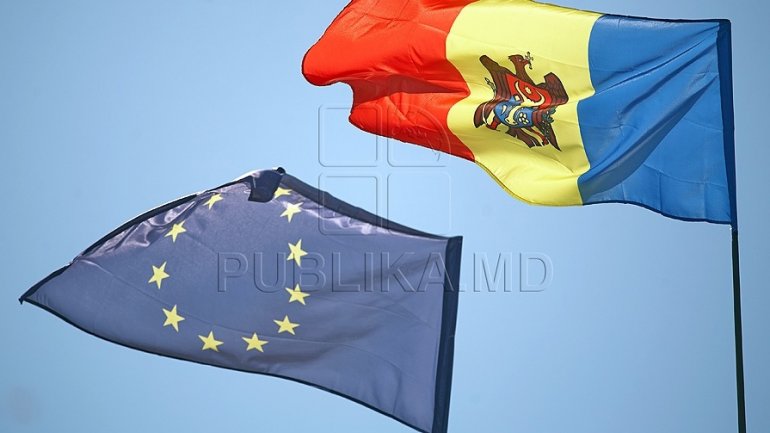 The Director General of the Customs Service, Vitalie Vrabie held meeting with the EU Ambassador to Moldova, Pirkka Tapiola, in which was assessed the stage of implementation of joint projects, and were examined new opportunities for collaboration.

The Customs chief talked briefly about the EU Ambassador achievements in the reform of the Customs Service, specifically about the growth of the revenue in 2016 and the first months of 2017, the development of information systems, simplifying procedures and streamlining cross-border traffic.

Thus, Vitalie Vrabie highlighted the importance of European Union assistance within steps of modernization of the Customs Integrated Information System based on the latest version of the software applied, ASYCUDA World, including by integrating two new modules such as the New Computerized Transit System (NCTS) and Single Windows .

Also, the Director General of Customs Service has informed the guests about the new concept of electronic customs clearance of export, which will perform internal customs posts and referential export certification of origin will be implemented along with the registration procedure customs declaration.

Next, Vitalie Vrabie talked about the organizational reform of the institution, which involved the creation of three new structures, noting in this regard the valuable contribution made by the EU mission.

In response, EU Ambassador to Moldova Pirkka Tapiola said he appreciates the progress made by the Customs Service over the last year. His Excellency praised also the increase in salaries of customs officials, noting the need to implement a reform of the wage system in the public sector. The head of the EU delegation appreciated the professionalism made on institutional development projects.

Also, Vitalie Vrabie informed him about the development of the EU Ambassador to the Customs Service in cooperation with the EUBAM mission of Senior Advisors EU Strategic Programme 'Customs 2020'.
AFLĂ imediat Știrile Publika.MD. Intră pe Telegram