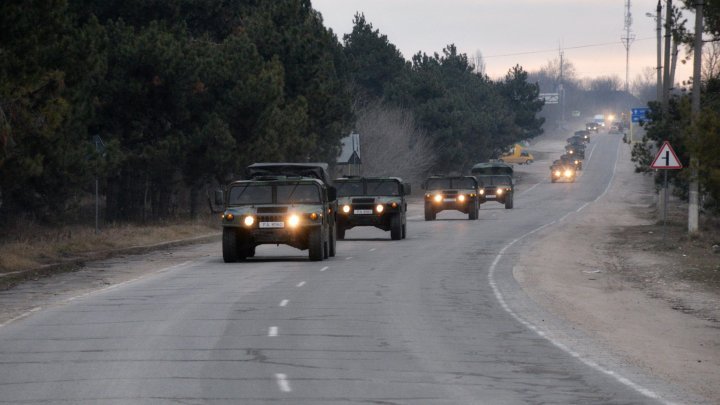 A group of Moldovan contingent has participated in the Platinum Eagle exercise, which takes place at the Babadag Training Center in Romania.

The Ministry of Defense has published a video showing how the 12-battle-car column moves on the Chisinau - Cahul - Giurgiulești itinerary.

Soldiers from USA, Bulgaria, Georgia and Ukraine were participating along with the Moldovans.

According to the Ministry of Defense, our soldiers will be part of an international company run by the Americans and will have to make firing strikes.

The purpose of the applications, which will run until February 17, is to strengthen the capacity for co-operation between the armed forces and the training of peacekeeping militaries.