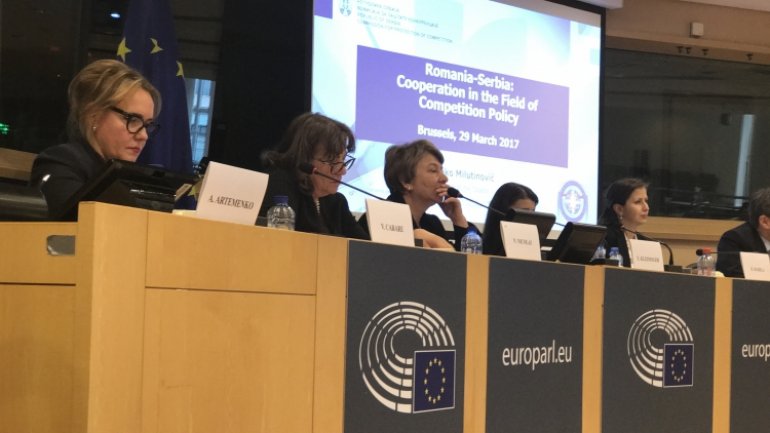 The event takes place at the European Parliament in Brussels from 29 to 30 March 2017.

President Viorica Carare spoke about the work of a decade and the results of the Competition Council of Moldova, writes competition.md

Competition Council President stressed that some projects that have been implemented in Moldova are unique in the world.

This successful project was awarded a diploma from the World Bank, in an international competition.

In Brussels, President of the Competition Council of the Republic of Moldova has scheduled a series of meetings with officials from the European Union competition.