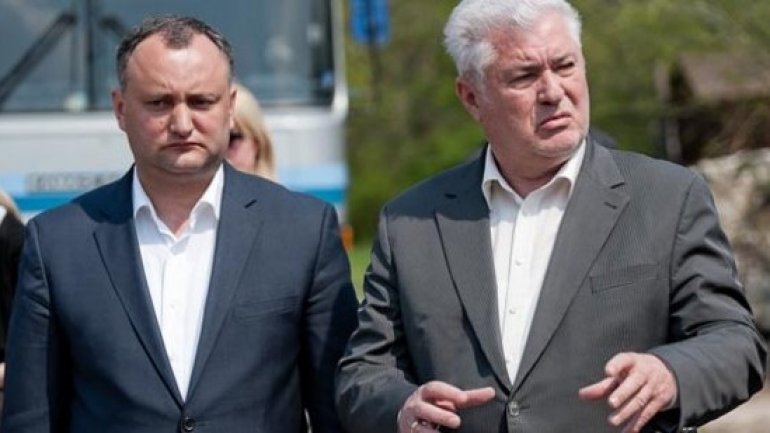 Moldova’s Party of Communists said on Monday it does not recognize the legitimacy of the recent presidential elections and will not cooperate with the country’s new president, Igor Dodon.

"The elections were appointed by an illegitimate ruling of the Constitutional Court which endorsed the seizure of power in the country by the ruling oligarchs," leader of Moldovan Communists Vladimir Voronin told journalists, commenting on the results of his party congress held over the past weekend.

"We don’t recognize the legitimacy of the newly elected president and will not cooperate with him in any format."

Communists "remain the only political force which keeps in the opposition and will continue to insist on early parliamentary elections," Voronin, Moldova’s former president, said. "We received jolts from all sides, thousands have quit the party. But we have survived to become even stronger."

Last week, Moldova’s Central Election Commission endorsed the official results of runoff presidential polls of November 13. The leader of the Moldovan Party of Socialists, Igor Dodon, was elected president having scored 52.18% of the vote. His rival, Maia Sandu, a single candidate of pro-European forces, won 47.82% of votes. International and local observers recognized the elections’ legitimacy and a number of foreign leaders have already congratulated the winner, Tass reports.