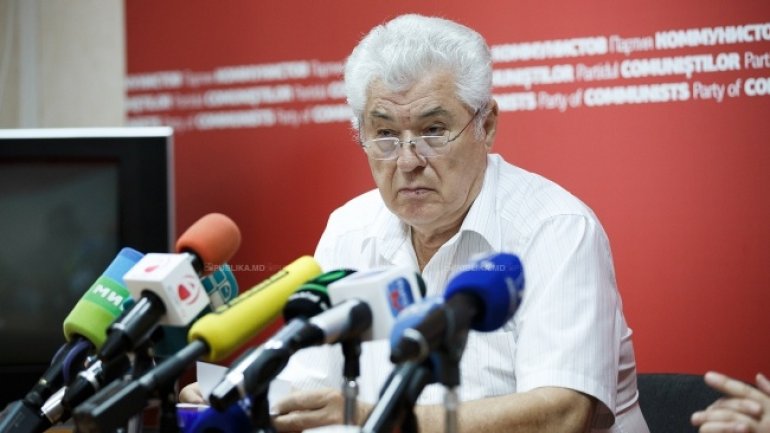 Vladimir Voronin was re-elected as leader of the Communists Party from Moldova.

Yesterday, the Communists held a convention (congress), where Vladimir Voronin stated: "We have drawn up the goals today. The tasks are to develop the party, to strengthen those 1,300 local party cells. We have tasks to work in the social-economic sphere, to develop the country."

Vladimir Voronin has been the PCRM’s leader since its foundation in 1994. He was born on May 25, 1941, in Corjova village, on the left bank of the Dniester river.

He became a parliamentarian in 1998 and the president of the country from 2001 through 2009. Married, has two children and three grandchildren.