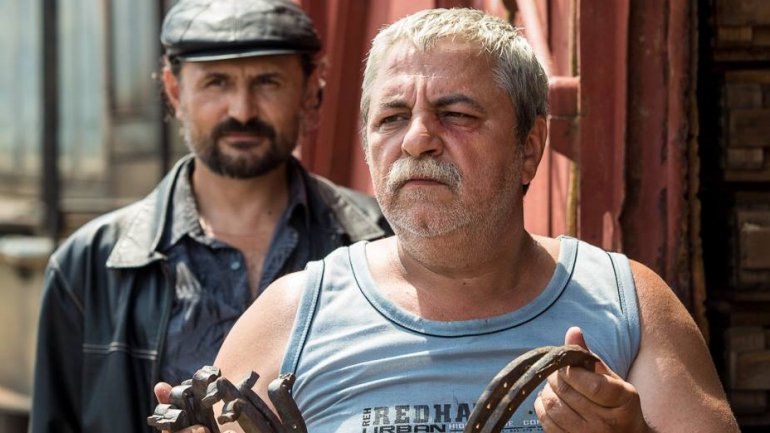 The first "road movie" made in Moldova was presented yesterday evening in Chisinau. It is the movie "Afacerea Est", the story of two friends who want to sell a wagon of horseshoes. The movie premiere took place in Estonia, and the production managed to win two awards.

"Afacerea Est" was filmed in Romania, with operators from Lithuania, but directed by Igor Cobileanski. The production managed to win the award for the best actor and the best screenplay at a festival in Talinn, Estonia. Soon the movie will be presented at other several festivals.

"The movie was selected in Cairo, is awaited at "Let's see film festival" in Vienna. It is also awaited at a festival in Poland in the fall."

The movie presents the history of two Moldovans who decide to become business partners. They want to sell a wagon of horseshoes. The story is full of humor.

"The screenplay was first written 8-10 years ago. The screenplay is a road movie, because it is about two different persons, even hostile" said the director Igor Cobileanski.

The actors say that they had an unprecedented experience while shooting the film:

"It was very easy to work, the team was great, I had all the support from the actors."

"My character is a provincial bumpkin, who tries to survive in a toxic space and which he also intoxicates  as he much as he can."

Those who managed to watch the movie say they they were won by both humor and the deep and authentic message it sends.

"The characters are authentic, and if I didn't know that some actors are from Romania, I wouldn't realize it."

"It awakens feelings of nostalgia, but in an humoristic way"

The Ministry of Culture supports the movie producers.

"We missed our movies, and we want more of them. I think this is an achievement and I believe that it is a wider opening of doors of cinematography in Moldova" said Monica Babuc.

Starting today, 3 February 2017, the movie "Afacerea Est" may be seen in all cinemas of Chisinau.