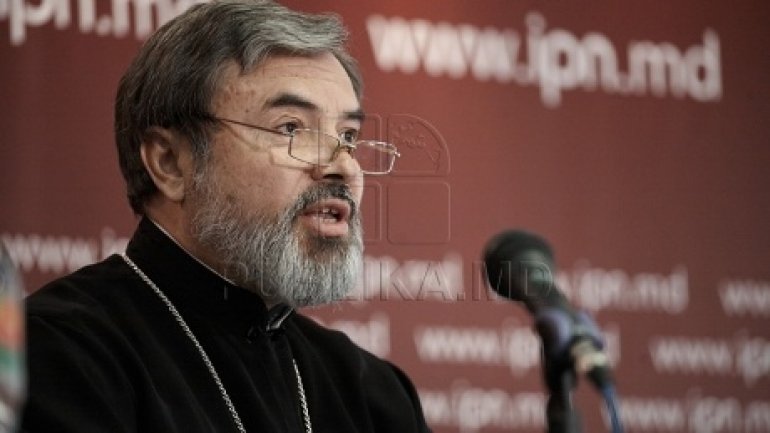 A group of Moldovan eastern-orthodox clergy, headed by bishop Markel, call on citizens to vote Igor Dodon in the November-13 runoff. They the Socialist candidate supports the Orthodox Church, while his competitor Maia Sandu would fight against it.

The priests are worried Sandu is supported by the homosexuals.

"We cannot vote and cannot back a candidate, who’s an open enemy to the church. This woman is verily a danger for our Christian society. She has repeatedly manifested her aggressiveness and intolerance. What hard did the icons in schools do to Maia Sandu?" bishop Markel said.

"I have not seen her worried about children, about their moral, psychical state and Christian education. On the contrary, she left the school in the hands of the sexual minorities with that manual educating children to be tolerant towards this filthy and disgusting sin," said father Roman Pintelii from Sangerei town.

The clerics have urged believers to ponder it over before going to vote.

"Beloved Christians, I call on you to go and do your duty of a Christian and of a Moldovan citizen. May you vote correctly and may the sun of righteousness arise in your houses," said father Ioan Grigoraş from Drochia.

On the eve of the first round, Moldova’s metropolitan bishop Vladimir called on parishioners to cast their votes for Igor Dodon, saying Dodon was the only candidate standing as a protector of Christian values and promoter of Orthodox traditions.