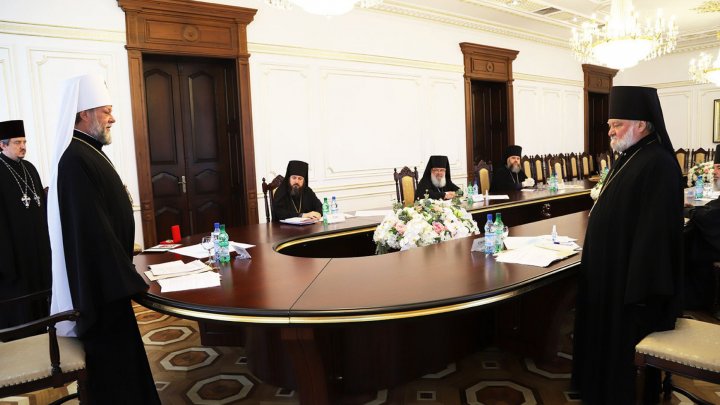 The Metropolitan Church of Moldova, canonically subordinated to the Moscow Patriarchate, officially promotes all scientifically unproven theories regarding 5G technology, coronavirus, microchipping, etc. This is stated in a letter addressed to the government of the Republic of Moldova "on the legality of a possible mandatory vaccination as a result of the SARS-COVID-19 virus".

According to the document, members of the BOM Synod are concerned about a possible vaccine against COVID-19, which could be administered en masse to the population. They claim that through this vaccine the global anti-Christian system wants to introduce microchips into people’s bodies with whose help they can control them, through 5G technology.

The explanations of the document issued by the Metropolitan Church of Moldova show that Bill Gates is considered the main responsible for creating the technology of microchipping the population, through a vaccine that introduces nanoparticles into the body that react to the waves transmitted by 5G technology and allow the system to control humans remotely.

The leadership of the Orthodox Church of the Republic of Moldova invokes the fact that in the Italian Parliament a request was made by a deputy for the arrest of “the international criminal Bill Gates, who is accused of being a criminal against humanity, of causing vaccines to kill 500,000 people. children in India, that it supports the idea of genocide to reduce the world’s population. “

Based on these terrors and so-called arguments, the Metropolitan Church of Moldova asks the government in Chisinau:

“1. Vaccination of the population (anti-COVID-19, etc.), as well as any medical intervention to be performed on a voluntary basis, only with the consent and correct information of the patient (including transparency of vaccine composition and possible adverse effects), in compliance with the provisions of the Convention the protection of human rights and the dignity of the human being in terms of the applications of biology and medicine, moreover, ratified by the Republic of Moldova.

2. Ensuring all the fundamental rights of people who would refuse compulsory vaccination, except for possible discrimination and / or restrictions.

3. Ensuring the human right not to insert / implant any device / chip foreign to the human body, taking into account the information presented by scientists about their danger, as well as the concern based on the Apocalypse of St. John the Theologian and the prophecies of the Holy Fathers . “