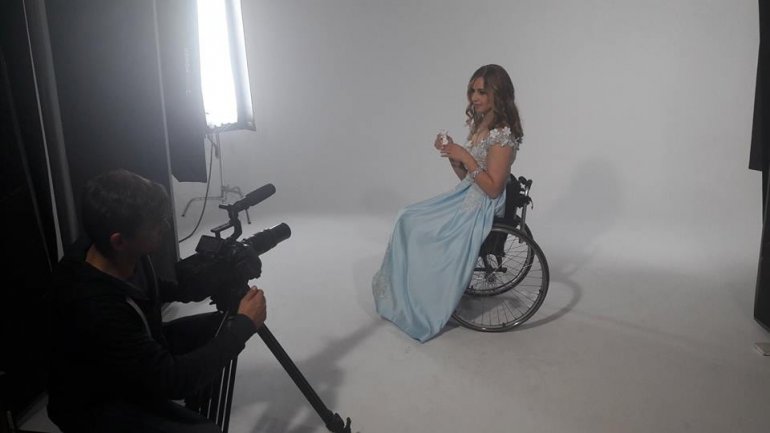 Ludmila Iachim has received the unique experience and opportunity to compete for the title of Miss Wheelchair at the first World beauty pageant. But despite receiving 11 thousand votes and being the competition's leader, she never received any award.

"I am very disappointing. Republic of Moldova has promoted this event.  I was supposed to take first place, while Polish contestant Beata, second with over 5 thousand votes, the rest having either 4 or 3 thousand votes" Ludmila Iachim declared.

The results have also surprised her supporters.

"I have already said that it is fraud. Pity that even in such a competition people can manipulate it" President of "Motivaţie" ("Motivation") Association, Igor Mereacre mentioned.

"Another girl has also approached Ludmila and asked the meaning of this, as even they knew that she was the winner, to which Ludmila was speechless" Ludmila's attendant, Ana Casian said.

Organizers claim though that everything was fully legal.

"Everything is transparent, nobody could have changed the data, because the votes were all received electronic" organizer Rafal Michalczyk stated.

Regardless, Ludmila claims that it was an unforgettable experience:

"I am proud of myself. Because I have managed to enter the stage freely, despite the tiredness felt from all preparations. I left all emotions behind and took the stage in our national clothes. I was beautiful".

The title of Miss Wheelchair was given to Alexandra Chicikova, from Belarus, while second and third places were given to representatives from South Africa and Poland.