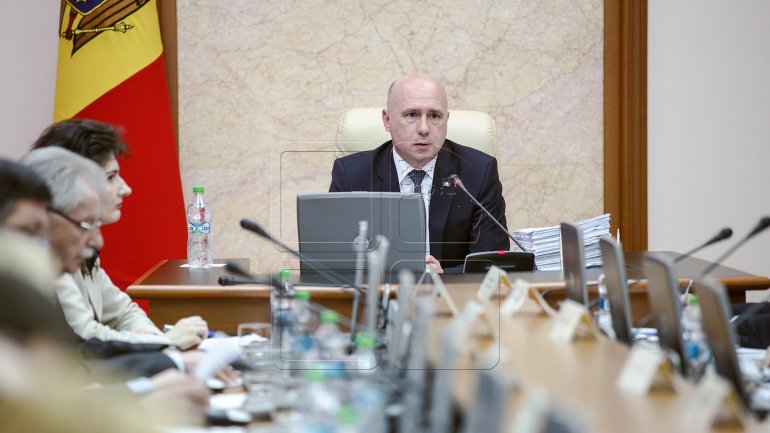 The cabinet of ministers at a today’s meeting approved the draft state budget law for 2017, with revenues amounting to 32.8 billion lei and expenses worth 36.99 billion lei, with a deficit of 4.2 billion lei.

The state budget revenues are expected to increase by 10.8 per cent in 2017 against the budget specified for this year, as a result of an 8.4-per cent increase in collections from taxes and duties and a 47-per cent rise in entries of grants, reads an informative note annexed to the draft. The collections from taxes and duties account for 86.1 per cent of the state budged revenues forecast for 2017.

“The main challenge for 2017 and for medium-term represents further implementation of structural reforms, strengthening the public finances and financial stability as foremost conditions for achieving the goal of budgetary and fiscal sustainability, by maintaining a deficit of the national public budget at a sustainable level, avoiding risks dealing with the domestic and external shocks, as well as the dependence from the foreign financial assistance,” the Finance Ministry said.

Under the draft, the state budget expenditure will increase by 9.4 per cent against 2016. The budget deficit will be covered preponderantly from external sources.

The current expenses for 2017 account for 88.6 per cent of the overall expenditure, and the capital expenses – for 11.4 per cent. As much as 900 million lei will be earmarked for the fund of subsidizing agricultural producers, of which 231 million lei – from the ENPARD (European Neighbourhood Programme for Agriculture and Rural Development) budget support programme of the European Commission. The road fund will amount to 1.830 billion lei, regional development fund – 200 million lei, Energy Efficiency Fund – 100 million lei. As much as 1.4 billion will be allocated from the state budget to cover the state social insurances budget’s deficit.

The 2017 state budget was built on a three-per cent economic growth, a 4.4 per cent inflation rate and an exchange rate of the U.S. dollars of 20 lei for one dollar. The average salary is schedule to stand at 5,300 lei, rising by 7.6 per cent in nominal value against 2016. The Finance Ministry relies on a re-establishment of the foreign trade, ten-per cent increase in exports and nine-per cent rise in imports.

The draft will be submitted to parliament for consideration and adoption.
AFLĂ imediat Știrile Publika.MD. Intră pe Telegram